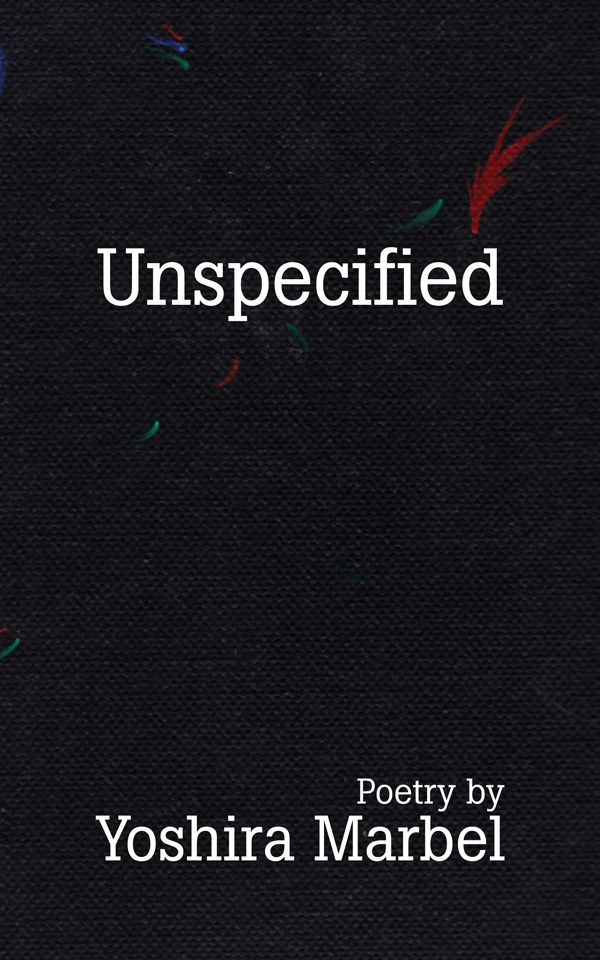 A collection of short poems

The eBook edition of Unspecified is available under

Young South African poet Yoshira Marbel experiences such a complex and profound state of emotional turmoil in her everyday life that it leaves even the most experienced doctors at a loss for words; their official diagnosis for her was ‘Unspecified’. Yoshira has invested years of her life in the painful struggle to do what her doctors could not; both in finding a path through the troubles of her life and in expressing her depression, heartbreak, emptiness, anger, and suffering through poetry. ‘Unspecified’ is her first published collection, exploring themes which are familiar to most of us, to one degree or another, but amplified through the lens of Yoshira’s honesty, intensity, and natural lyricism.

Notes from the Author, Yoshira Marbel:

I started this collection during a very difficult time in my life. The guy I loved dearly had lied to me, I was experiencing extremely terrible side effects from all the medication I was taking including seizures and restless leg syndrome, my very conservative family had their own opinions on my condition which they voiced regularly, and death seemed the only escape. Poetry became a constructive way for me to express my emotions honestly and to cope with all these feelings of emptiness and loneliness I had built up inside me over all these years.

As an Indian in South Africa, I come from a very religious, traditional family. And my relationship with my family is an important aspect of my life. With depression my outlook on life, my patterns of thinking all began to change and this was not acceptable. So the struggles to be true to myself and satisfy them have been long and seemingly never ending.

I hope after reading my poetry you will feel a sense of comfort in knowing that you are not alone in your sadness or, alternatively, think I am just a selfish, crazy mental patient who needs intense psychiatric help. Either way, read it and enjoy. 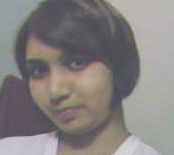 Yoshira Marbel is 27 years old and lives in the vibrant coastal city of Durban, South Africa. The city’s various population provide a rich tapestry of inspiration and heartbreak which endlessly fuel her writing.

This painting was used as the starting point to design the cover of Unspecified.