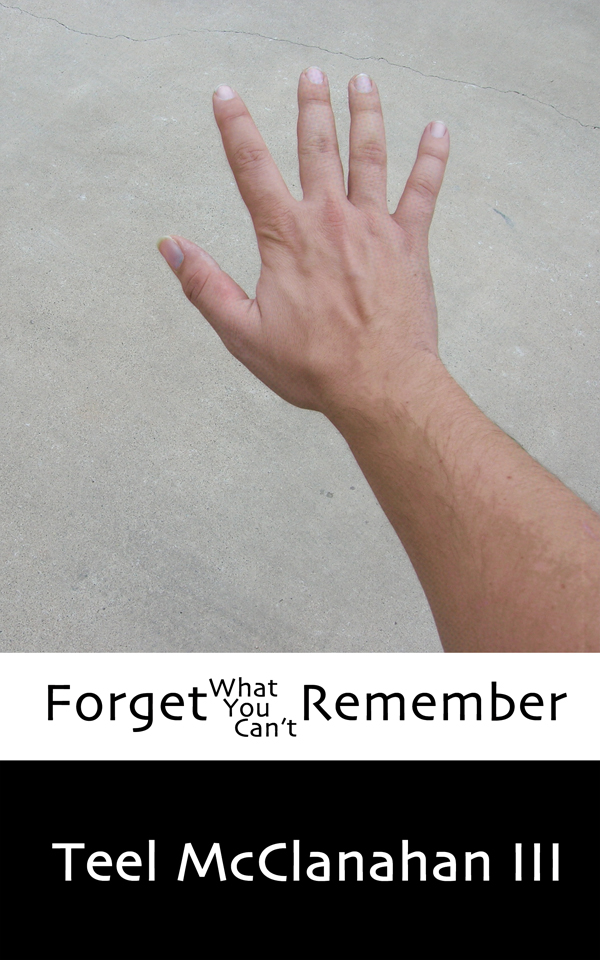 An experimental novel with Science Fiction, Fantasy, and Horror elements

The unexplained event which changed the world at the end of Lost and Not Found is just days away, and Paul thinks he’s found the perfect place to hide; the high-tech flying city of Skythia. Meanwhile, Lorraine, Mary, Lance, and Brady are attending the Sergeant’s zombie-readiness training camp when word comes in that there’s been a major zombie outbreak in Denver – and the Sergeant is taking all his half-trained campers along with him to attempt containment.

Not long after the world is remade by the unseen event into something a little more fantastic than it was before, Skythia hurries to the aid of Denver’s survivors, taking the uninfected aboard and offering them all the benefits of its utopian society. As Skythia’s newest residents try to come to terms with the apparent paradise all around them, the traumas of fighting zombies and the unanswered mystery of what the event really did to them continues to torment each survivor in their own way. Finding love and holding on to it, finding their place in a future of limitless possibility, and learning to let go of a past they can’t easily recall prove to be more difficult than anyone expected.

Some will be driven to madness, others to dangerous obsession, and when a superhero who shouldn’t really exist shows up, everything they’ve been working for in life and in love comes to a violent and destructive intersection which threatens the existence of the entire solar system. Not everyone will survive, but they’ll all be forced to face their own missteps and to deal with the irreversible consequences.

Zombies! Doomsday!
And someone who actually finished writing a novel in a month!

Mary, Lance, Brady, Lorraine, and the Sergeant are a handful of the survivors from a zombie outbreak that decimates a city. Each of them responds a little differently in the aftermath of the tragedy and to the inexplicable and possibly unrelated memory loss some of them seem to be suffering.

Paul is obsessed with a worldwide cataclysmic event he’s been predicting for years, and while everyone else seems able to go on with their lives in its wake, he just can’t let it go. Add a utopian city in the sky and a mathematician who can fly, then watch all these elements intersect and converge in a place where some see a moral void and others can’t escape deep questions of right and wrong.

Forget What You Can’t Remember explores everything from economics and ethics to politics, post-traumatic recovery and the loneliness of heroism. If it doesn’t leave you guessing, it’ll at least get you thinking.

More Lost Memories is a companion book to Forget What You Can’t Remember, a collection of short stories each of which delves deeper into a character, event, or situation from this book. Find out how the zombie trainers died, about Lance’s restaurant, what was really going on in chapter 21, and more.

Not a ‘Zombie Book’

It is a novel about people. Some of the people in the novel encounter zombies and, in fact, survive a full-scale zombie outbreak in a major US city. Some of the people in the novel, after becoming rescued rescuers, find there are gaps in their memories; whole swaths of their lives and their histories that are entirely lost. Suddenly given limitless possibilities for the future and robbed of their pasts, each charater reacts -and interacts- in different ways. Some follow their dreams, some try to continue living in the past they’ve had to leave behind, and at least one loses his grip on sanity.

The bulk of the story is told, not through description of actions, settings, and characters, but through the dialogue those characters have about the settings they find themselves in and the actions and events they’re experiencing and planning. This is simultaenously so intimate that a reader can lose track of the boundaries between characters and so distancing that it can give the impression that you are only experiencing the story second-hand. That feeling of being both present and distant at once mirrors the way more than one of the main characters’ minds reacts in the wake of tragic, traumatic events. In the scene in chapter 17 which inspired the cover image, two characters discuss this experience which could probably be diagnosed as depersonalization disorder:

“Huh.” Paul couldn’t identify personally or exactly with Brady’s experiences, but somehow understood him, in a way. “Are you experiencing this disassociation from reality right now?”

“No, I,” Brady paused to consider whether what he was saying was true. He stopped walking, and stood in the street for a moment looking down at his body and back up to the world around him. He held his right hand up in front of his face, staring intently at it. “I’m trying to decide if it feels like I’m staring at my own hand or if I’m watching me stare at my own hand.” Paul was now also staring intently at Brady’s hand, trying to more consciously notice his own awareness of perception. “Though just being present enough to be able to think about the difference is probably both a sign that I’m not experiencing it, and what truly surreal experiences even its memory allows me now to have.”

“Truly.” Paul was now staring at his own hand and contemplating the separation between perception and awareness as though for the first time. “Consciousness itself is clearly not mere eyes and ears and instincts, but the thought of being able to be conscious of one’s own consciousness is a sort of Klein bottle with no boundary, zero volume, and which despite seeming to be immersed in the visible world always keeps some critical part in a higher plane of being, beyond our grasp.”

Brady now took his turn to stare at Paul, though more like an examination of another’s sanity than one’s own perceptions. Brady stood there, staring at Paul staring at his own hand, apparently deep in thought, then spoke. “I have no idea what you just said.”

Then, when the narrative takes a dramatic turn toward long description and to action, the character experiencing and initiating the action is turned increasingly away from it by his own apparent memory loss and the philosophical line of thought it takes him down. A strange and difficult twist near the end of the book then seems to erase all evidence of his action -of everything described in detail rather than in dialogue- from the book, leaving nothing behind but the second-hand and the distant. The reader, if they realize this post-modern slight of hand at all, is left in the same situation as the characters; what you thought happened hasn’t, and what has happened is at least out of arm’s reach.

In trying to create this meta-experience paralleling that of the characters, the book loses the ability to easily serve the expectations of mainstream readers. It loses the ability to meet the expectations of readers looking for a traditional zombie book. It loses the ability to serve those looking for it to fit neatly into a genre slot, any genre at all. Instead, it serves the mind. It encourages thought. It attempts not just to describe a thing, but to deliver it into the reader’s consciousness. Forget What You Can’t Remember is not a book for everyone, and it may not be what you expect, but it may be the only book you read this year that is what it says.