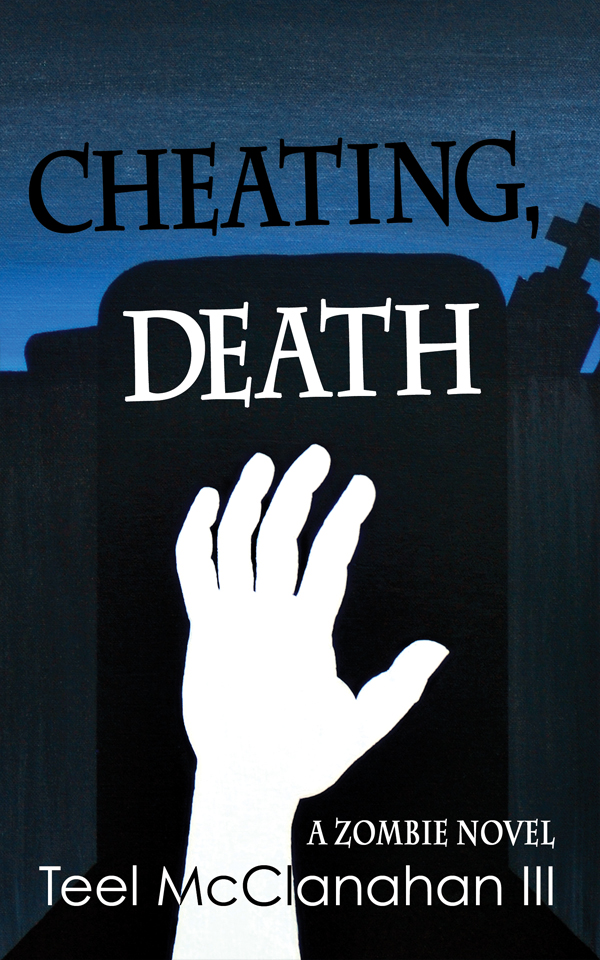 The eBook edition of Cheating, Death is available under

The Audio version of Cheating, Death was recorded in 2009, and was podcast both on the Modern Evil Podcast and on Podiobooks.com in 13 parts, one per chapter. The MP3 Audiobook version contains the same basic recordings, but without intro/outro on every file.

When the walking dead fill the streets, who can cheat death?
Who can survive?

Featuring a zombie outbreak that devastates Denver, an indecisive adulterer, and a series of violent, disturbing, and perhaps even heart-rending events of the sort you’d expect when the dead rise up to eat the living, Cheating, Death is a roller-coaster ride through a horror show both of death and of the heart.

Cheating, Death is the fourth glimpse of the storybook universe first seen in Lost and Not Found, and gives a detailed look at the zombie outbreak that put the events of Forget What You Can’t Remember in motion. Read one for fun, then read them all to get the rest of the story.

Click here to read Appendix Z: About the Zombies.

This painting was designed and painted specifically to create the cover of Cheating, Death.

The following is excerpted from Cheating, Death:

Appendix Z: About the Zombies

Some helpful information about the zombies in this book:

Zombies do not use tools.

Zombies do not use language.

Zombies do not experience romance.

Zombies do not want to exact revenge on the living.

Zombies do not have any magical abilities or super-powers.

Zombies can only be killed by damaging or destroying their brain.

Zombies eat the living, and are attracted to the motion and commotion they make.

Zombies like eating brains, but are not possessed of superhuman strength, so how are they supposed to bite through your skull?

Zombies who did manage to eat the brains of their victims wouldn’t be much of a threat, since they’d prevent the spread of zombie-ism by doing so.

Zombies are created when a human has had fluid contact with a zombie; primarily via saliva transmitted into a bite wound.

Note: Hell is not full, zombies are not a sudden and global phenomenon bringing all unburied dead to life, the dead are not clawing their way out of graves, and this book’s cover is intentionally misleading.

Zombies spread quickly because the living are stupid, too.